Unlike the previous example, this page loads model-viewer.min.js immediately, which results in poorer lighthouse performance scores, as this bundle of JavaScript takes time to parse. We still make a strong effort to keep this bundle size down as much as possible to ensure this simpler type of loading still gets decent performance, as this method does not require custom posters and such.

It is still important to delay the loading of the 3D model, as including its load time in the lighthouse scores will tend to destroy them. As such the first <model-viewer> uses reveal="manual" and calls dismissPoster() to cause loading to proceed. The second <model-viewer> does not require this as it lazy-loads by default since it is below the fold. 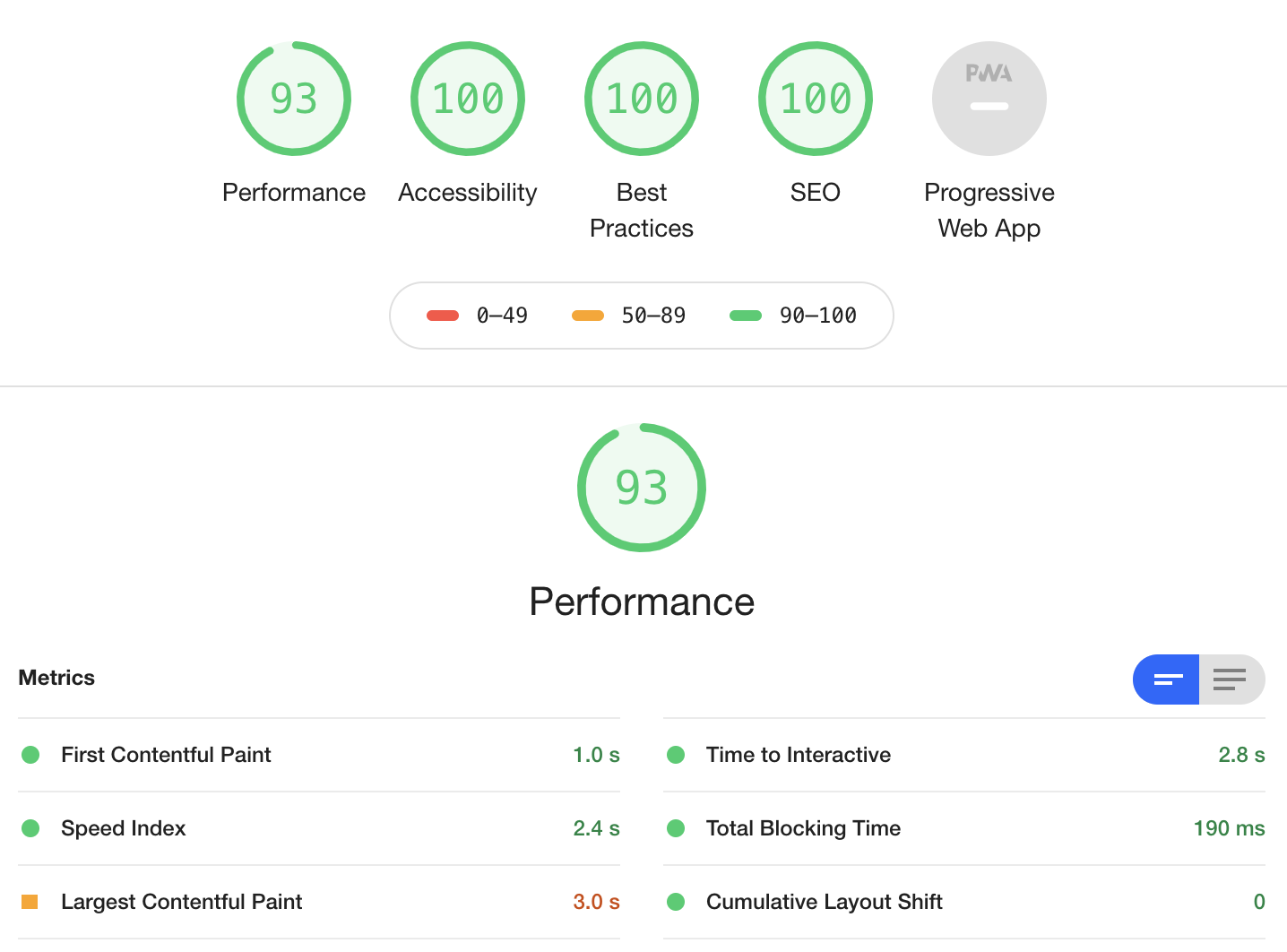 Note the performance is worse than before, at only 93 for mobile (shown above), though still 100 on desktop.